Deep in the Mau forest of Kenya, Wilson Maritim, a local farmer, was on the verge of giving up his livelihood.

For generations, the agricultural craft that had been honed by his family was literally slipping away, eroding in front of his very eyes. The Mara – the river that watered his farm, had been slowly degrading and eroding the soil in his area for decades.

The devastation caused by this erosion was swift and severe.

Today, however, Maritim and his fellow farmers in the Mara region are seeing stark improvements through creative but natural-based solutions; their wilting crops of beans and maize have been revived through soil and water conservation programs run by the World Wildlife Fund.

But this is a problem that faces more than one region. It faces the world.

In this article, we’re going to look at what soil erosion is, what causes it, and how it affects everyone on the planet.

What is Soil Erosion?

Soil erosion is the steady, degenerative process of the loss of topsoil. Once soil particles are loosened — through a variety of factors we’ll examine here — they can be blown or washed away.

And despite scientific advancements in the field, soil erosion is a global problem that hits very close to home:

For the most part, the process of soil erosion is a natural one and, eventually, the land restores itself.

But, like anything in the natural world, extreme human intervention and practices have caused some of the effects of naturally-occurring soil erosion to accelerate and exacerbate, especially in more arid and delicate ecosystems of the world.

The alarming rate at which lands continue to lose this incredibly rich and fertile topsoil is leading to a range of interrelated issues including:

With enough of these effects accumulating, desertification or a complete loss of ecosystem function could become more widespread.

The natural forces of wind and water, as well as storms or forest fires, are bound to upset soil levels and viability; but the issue is not the occurrence — it’s the rates at which these destructive natural forces are taking place, globally. Add to the equation farming activities like tillage and or overgrazing and we have a dicey situation on our hands. 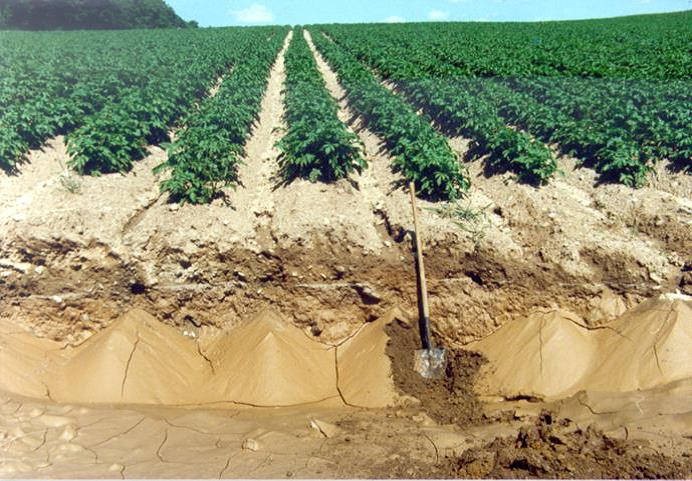 Why does this matter? We need good, fertile topsoil; it is what allows farmers to grow their crops or feed their livestock. Our most fundamental needs rely on the viability and availability of topsoil.

So the pressing question is this: Can the rapid rate of soil erosion be reversed? The answer is yes, but it isn’t easy.

To address these issues, we first need to understand what causes soil erosion. Let’s explore that next.

What Are The Causes of Soil Erosion?

Examining the causes of soil erosion is all about the “vector of vulnerability”.

What does this mean? Put simply, the causes of soil erosion are somewhat inevitable. Factors like heavy rainfall, flooding, high winds, and even mass movements are part and parcel of the cyclical nature of soil. Even deforestation or reduced vegetation caused by things like forest fires are sometimes unavoidable.

But humans have poorly managed soil for hundreds of years.  We’ve overgrazed, brought in invasive weeds, and changed our climate in a way that makes soil structure and composition more vulnerable to natural events.

Cause #1: Heavy Rainfalls and Resulting Floods

Heavy rainfalls can bring several types of soil erosion, including “rill” erosion, “gully” erosion, “sheet” erosion, and “splash” erosion. When raindrops hit the surface of the soil, they break down and disperse these particles, washing them away in runoff that ends up looking like this: 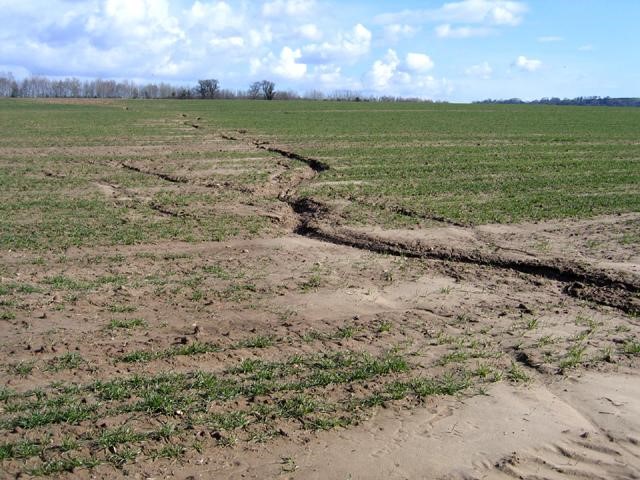 Too much of this and there will be flooding, including flash floods and extreme local erosion of the bedrock.

Excess surface water and not enough land to support rainwater causes these loosened particles wash away.

On the opposite end of the spectrum are high winds. Especially in drier climates or seasons, this can be an issue. Areas that are naturally arid or semi-arid are particularly vulnerable.

Like water, high winds can whip up already loosened soil particles and further devastate the topsoil.

It then carries these particles away, depositing them in waterways and other areas, making its mark on soil beds with its slow but steady force.

Cause #3: Overgrazing and Agricultural Tillage

One of the major reasons why vegans “go vegan” is related to overproduction, overstocking, and overgrazing of livestock. The need to take animals used for meat to pasture has inadvertently led to an imbalance in natural ecosystems.

These pasture lands contribute to a loss of soil nutrients and topsoil through overstocking and overgrazing. Think about the reduced ground cover and breakdown of soil particles as making it more vulnerable to high winds and rainfall.

Agricultural tillage is also a big factor here, especially when it relies on machinery. Machine-based tillage essentially creates a pathway for water runoff and can accelerate that vector for vulnerability.

The up and down movements of field tillage disrupts the soil particles, which makes the land further vulnerable to water erosion.

Cause #4: Deforestation and Urbanization

Vegetative land cover is a big component of protecting topsoil quality and availability. Take that away and you’ve increased access to delicate soil.

That’s why practices like burning or the clearing of vegetation, while simple and cost-effective, can reduce the overall vegetation cover. Trees, in particular, hold on to the soil and protect against the natural causes of soil erosion.

Take away the trees for homes and reduce the vegetative cover for pasture and you have an increased vector of vulnerability.

How This Affects the Lives of Humans and Wildlife

Human soil erosion extracts the steepest costs for the lives of both surrounding wildlife and future generations.

Many of these go hand-in-hand with each other, each a part of one, large, continuous process.

What’s the inevitable conclusion of soil erosion? In many devastating cases like Tanzania, the final destination is desertification.

And a loss of biodiversity, the disturbance of ecosystem processes and degradation are not just a natural loss — Mr. Maritim’s tale of transformation shows us that these translate into very real economic losses.